from Come Together by Bus Stop Dreams 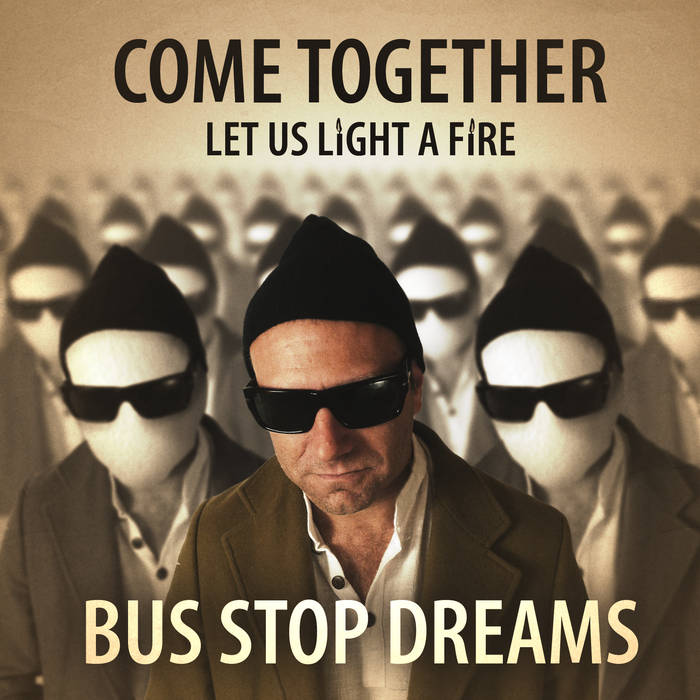 It's monday morning and it's raining
You're waiting for the bus
The man in front of you reads his paper
And the headline says "It's alive!"
You try to close your eyes

You're getting restless and the bus is late
The rain is picking up
Then from behind you hear a voice
A man who whispers "Come here and try...
I know that pigs can fly"