from Anything by Bus Stop Dreams 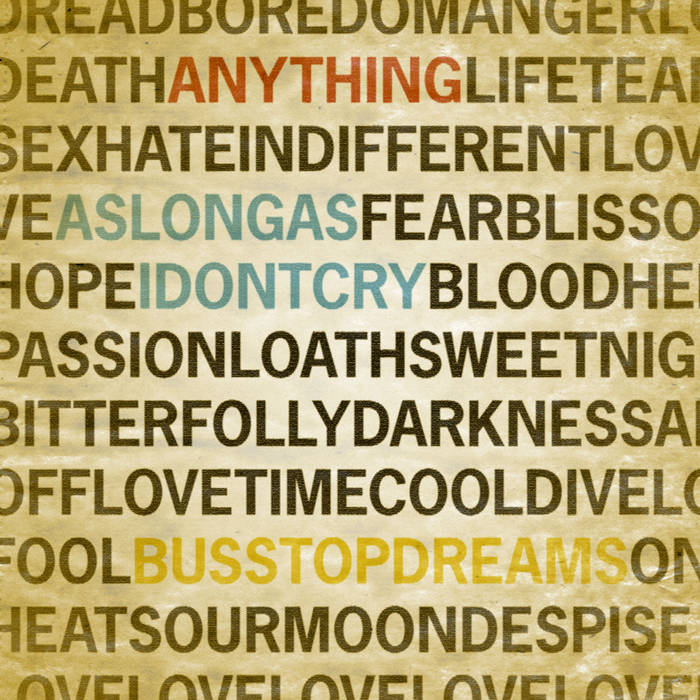 Nothing ever stays the same
Now it's your life, and not a game
And now it's time to choose
Or otherwise we loose

Produced by Pär Berglund and Lasse Thomasson
Recorded and mixed by Lasse Thomasson at the Bus Depot 2007, 2010 & 2011
Mastered by Thomas Eberger at Stockholm Mastering